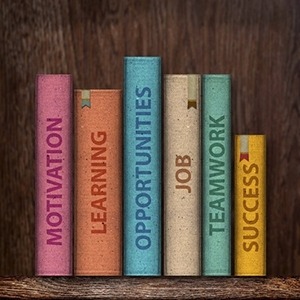 "It takes the mind into a Freudian journey of psychological horror and heartbreak."

all rolled into one."

Jonathon Mayhew is a complex character, afflicted with dark fears and phobias. One day while down on his luck he stumbles into an antique shop, and a peculiar chair attracts his attention. Subsequently he’s offered the chair as a gift.

However, a presence attached to this piece of furniture makes itself known. The presence is Tabitha Bates, the chair’s previous dead owner, who lurks in the thick darkness where the living world and the world of the dead collide.

Gradually, Tabitha Bates exploits Jonathon’s fears and phobias with malevolent visions about World War II, Adolf Hitler, and Mankind’s most evil deeds. And increasingly, her ethereal voice travels amongst radio signals from The BBC World Service, manipulating her speech into something human. Then her sinister appearance emerges in mirrors and shadows and she follows Jonathon around in his daily life.

Deeply troubled Jonathon Mayhew seeks out a psychologist, Dr. Elizabeth Matthews, who is conducting neuroscientific experiments. She becomes fascinated with Jonathon’s case and is drawn into proceedings. And so with darkened atmospheric centrepieces and disturbing visions becoming more profound, both are hurtled into a web of diabolical secrets, confused family bloodlines, murder, doomed love, and are left wondering if either of them can survive the evil ghostly entity, Tabitha Bates. 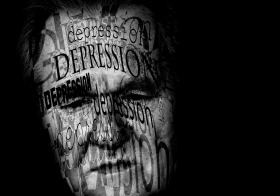 A man afflicted with many mental ailments. However, he is creative and astute with intellectual qualities 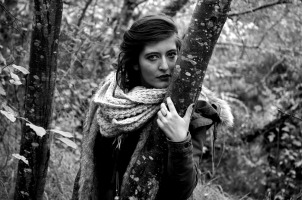 The psychologist. She is fascinated by Jonathon’s problems and completes psychological tests to determine his fears. Also, she is a witness to the paranormal events and ghostly occurrences happening around him. 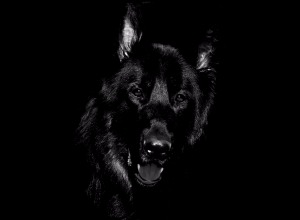 Jonathon’s trusty dog. A clever fellow who can sense Tabitha Bates around the house. 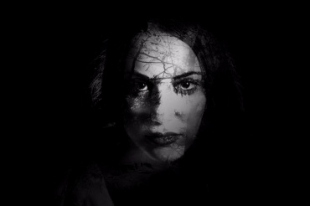 Pictured as her younger self. She is Jonathon’s main, evil protagonist, and is responsible for all of his mishaps. She manipulates radio waves from The BBC World Service to communicate and uses her Chair as a gateway into the world of the living. Tabitha has three forms. Old. Young. And her final appearance: unspeakable and terrifying

Below is a book trailer and an author video of myself talking about the concept behind my novel, Tabitha Bates.

An except from
TABITHA BATES

The streetlamps flickered with an orange glow, as my steps took me beneath them, and angry dogs with foam on their jaws chased terrified cats underneath parked cars. There was a flurry of barks and meows—emanating wildly from these scruffy cats and dogs. To me, they seemed like expanding balls of fur, rolling about haphazardly like distressed tumbleweeds.

I averted my gaze from these distressed pets and my neck began to feel greasy due to my exertions of the day. Then hunger pangs entered me, creeping into my stomach like snapping lobsters, constricting and tightening my digestive system.

All of a sudden a rapping tap on thick glass made me stop. I turned my head left, and there was a little shop. This ‘little shop’ wasn’t here six months ago, because previously the premises used to be a Launderette.

I sauntered into the shop entrance, opened the door, stopped, and a little bell rang from atop of the ceiling, before the door closed shut. I noticed the place was devoid of people though full of antiques and Bric-à-brac. A whiff of thin air touched my nose and this carried a musty smell—creeping up my nostrils like tiny ants. I looked around and saw an assortment of hand painted portraits from long dead and obscure artists, plus a selection of precisely placed ornaments residing on the sideboards.

Various amounts of furniture were in the four corners of the shop, stacked up against the creamy cobwebbed walls, and the shop was littered with clockwork audio devices. My prying eyes noticed a Grandfather Clock, neatly ticking with organized precision and I observed numerous books written by H.G. Wells, Charles Dickens, and other authors, all stacked up on the shelves amongst the recently formed dust. The way the place was set out reminded me a of an Auctioneer’s Gallery, extremely similar to one I’d visited last year in order to bid for a Thomas Edison Wax Cylinder Player.

It was next, in a moment of awareness, be it a twist of fate, or be it because of a child’s mischievous logic which still resided in me—I saw a strange, antique Chair. It had dark varnished arms, beautifully patterned cushions, was exquisitely crafted, and by the sight of it, it could very well have come from the Edwardian era. I moved closer and rubbed the wooden arms with my rough skinned fingers. The touch of it felt like shiny metal, but without the harshness of metal’s dead coldness. Then my fingers tapped its large elegant headrest, this caused the little hairs on my arms to become static.