A Fresh Start For An Actor 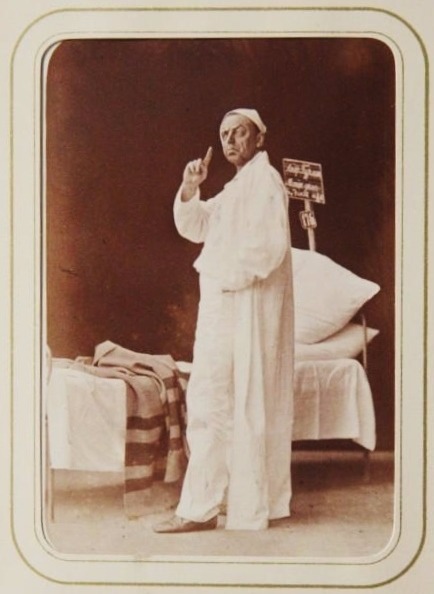 I amble towards the television studios to star in a new sitcom. Either side are former entertainers who have graced the same building. Bob Monkhouse with a Cheshire cat grin springs out at me from one of the hanged photographic portraits. Eric Morecambe’s and Ernie Wise’s faces seem to follow me from one of the other portraits yearning to escape from the walls—where they are destined to remain.

I stifle a gasp and lose nerve momentarily. My heart is thumping with a violent intensity. I close my eyes and swiftly stage lights appear. Then large cameras and the roar from the rowdy audience teleports me back to the 1970s. I can smell the greasepaint and body odour. I see the other actors talking up to each other with an arrogance that perpetuates disobedience. Their adulterous flings with the various actresses are common knowledge to all, except the Director. He is a stern man, with a hefty frame. He has a brown hair sweep over to protect his vanity, and his sight is wild. I swear at times it can strip you of all of your dignity. He continuously boasts and laments, shouts and argues, and struts around the stage like an oversexed peacock.

I’ve had my own altercations with the Director. Once I forgot my lines and I received a smack around the ear from his large hand. Suffice to say I never forgot my lines again. One actor though could not get it right. And I remember the screaming words from the Director when he finally lost his cool.

‘Richard! Will you get out of the FUCKING WAY YOU BURKE! You only have to say one line. “I’m gonna see to the horses. That’s all it BLOODY ISSSSSSSSSSS!”’

The poor actor was duly sacked on the spot. To add sadness to the story, he was found the next day in the canal. Drowned. I think the stress had been too much for the poor fellow.

A buzzer sounds and the shout from the producer hauls me back from my memories and into the present. The show I’m preparing to star in is about to begin. I glance around. I notice the production crew moving large grey television cameras along the floor as if they were their dance partners. Abruptly there’s a flick of switches, a raised hand signal, and the applause lights kick-start the audience into a frenzy of cheering and clapping—on the studio floor I utter my lines.

‘Why’d I stay I here? I could’ve been some one. Bettered myself. Be like Brando. Gable. Or Cary Grant. Not just a sad electrical repairman, waiting on the whims of my father.’ I pause. And then sit in a chair. There I wait for my co-star to make his entrance. But nothing happens. My eyes point to different parts of the studio. I begin to feel helpless. I’m alone. I notice an assistant run back stage. The director glares at me with daggers. I take the initiative and improvise. A rambling three-minute piece of dialogue does nothing to stir the audience. I’m just about to throw in the towel and walk off stage when my co-star appears, the worse for ware. His nose is pinched, purple in colour, and the stench of alcohol oozes from his breath with toxicity. I confront him with clenched fists and growl in his ear.

‘Where the hell you been! Left me on stage to stew. I’m not a servant in your own private actor’s kingdom.’

‘Daaa. Don’t lecture me,’ he hissed. ‘I was doing acting parts while your mother was WIPING YOUR ARSE!!!’

The rage inside of me exploded. I hated him. I hated him so much that I couldn’t stand the sight of him. I had visions of me killing him in the most brutal ways. At that moment I could’ve easily chucked him into the audience and disposed of him bodily down the stairs.

The acting profession is a mug’s game. It’s not about talent. It’s not about product. It’s all about luck. And by the look of it I’m destined to spend the rest of mine living off the coattails of this abysmal comedy show. It won’t be a fresh start! It will probably define the rest of my career.