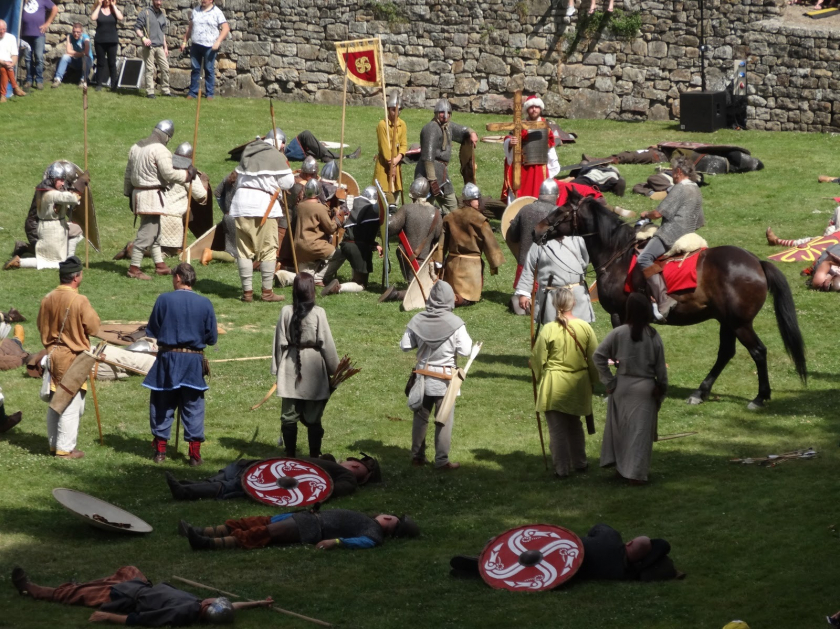 I’ve always been interested in the Battle of Hastings, which took place in 1066 and decided the fate of the English crown. I can remember learning about this momentous event when I was a kid.

I find the whole account somewhat sad, in regard to the defeat of King Harold and the Anglo-Saxons.

I’ve wanted to make a film about this ‘historical episode’ for over twenty years, and approached a few producers, sadly, none of them were interested. I didn’t think I’d get a chance to make any kind of film homage to this event until in 2016; the 950th anniversary of the Battle of Hastings came around.

With only one little camera, and perched high on a hill, I managed to get some footage of the small re-enactment of the battle at a medieval town in Normandy, France: the home to the Normans and William the Conqueror.

I took some other film and photographs at various locations in Normandy, including the William the Conqueror Museum at Falaise, and the famous Le-Mont-Saint-Michel medieval monastery.

I coalesced these pieces of footage around my own short narrative “1066: The Last Noble King”, which is about King Harold Godwinson - and the Librivox audio book “William the Conqueror” by Jacob Abbott.

I tried to find other relevant footage of medieval Knights and sound effects which I could use, unfortunately I was unsuccessful, with some companies charging $300 for seven seconds of footage and others wanting ridiculous prices for just a scream or a spoken word. Consequently I had to use the original sounds from the re-enactment of the battle and as you can guess, a lot of the soldiers’ shouts and commands were in French. So I had to use all my skill to loop, slowdown, pitch shift, reduce speed, tune the tones and combine them together.

I would like to express deep gratitude to the superb creative people on Pixabay, whose artistic videos and pictures were invaluable to my project and to Wikipedia, as the source for public domain photos.

And lastly, I am indeed grateful to the musicians who composed the wonderful musical score that I used.

As a footnote, for the soundtrack mix and mastering of this entire project, including the sound effects that are from the battle re-enactment I used Mixcraft 7 - and for the video editing - Adobe Premiere Elements 4.0.

Brief interview with me explaining the idea behind my project. 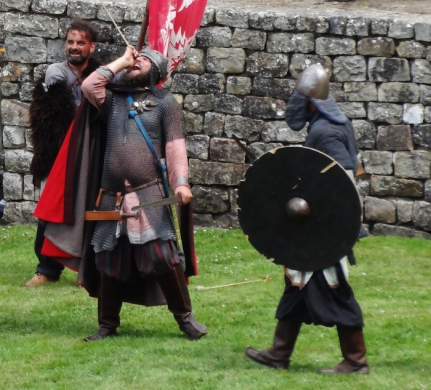 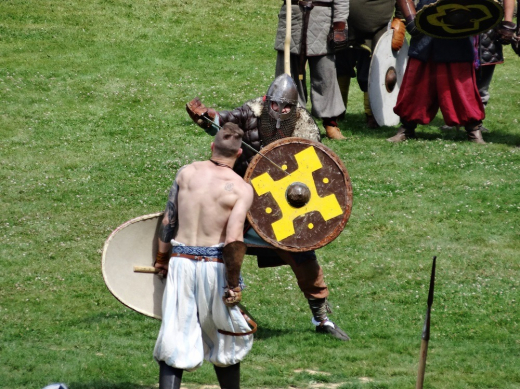