Sammy And The Kingdom Of Dreams

Amazingly, right before him, an incredible whirlpool approached, encircling the area with streams of blistering water and strong winds, which were cold.

The sun turned orange and the sad trees curved and creaked. Abruptly the animals fled the scene, scared away by this force of nature. Sammy took a step backwards, as he wanted to escape—to run away with the animals. But hesitation held him still. He then became hypnotised by events unfolding before him.

The whirlpool continued, spinning with windy circles, and flashing with illuminations that coloured yellow, white, red, and orange. All the lights were sparking outwards like solar flares.

The boy yelled at this force. ‘Who are you? What do you want with me?’ Instantly the whirlpool rested upon the boy and drew him into its clouded mist.

An adventure began. Visions of Frost Giants and Ogres fighting and roaring with rage appeared. Fairies sang and danced and played with alluring magic, which resembled flowing fire. Energetic Wizards, with pointed hats and large dark cloaks embroidered with stars, stirred potions in large cauldrons, while the fire underneath them created a smell of burning butterflies.

Herds of Unicorns, Winged horses, and half-human beasts ran in three directions. They were as white as snow. Innocent. Mysterious. Sammy enjoyed what he saw. He wanted to travel on one of the horses: he wanted to be taken to their world.

Cautiously, Sammy wandered deeper into this landscape of myth and legend. The horizon and the mountains in the distance seemed to be from another planet. He then glanced towards some hefty rocks and boulders near a ridge and noticed a large eye slowly edge outwards. Its pupil was large and black—with the lash above it a deep brown colour. A fat hairy head revealed itself, and hands with long fingers made snake-like images resemble slithering sambas. Sammy lost his inhibitions and sauntered towards this entity hoping to confront it. He had a skip in his step, and for some reason thumbed his ears, perhaps due to drops of water from the whirlpool which still lingered within them.

Moaning and grumbling greeted the boy when he approached this unsightly creature. He tried to catch breath and utter words, but the cat held his tongue. Then in a cloud of dust, the creature sprang out. Its looks were like a troll; its face moulded into vulgarity. Tufts of orange hair and a peculiar nose were out of alignment with the rest of its face, and its teeth were brown and broken, though its breath seemed fresh.

‘Who let you in here! Why follow me whipper snapper?’ snapped the troll. ‘You don’t belong in this land! This is the place where worlds and dreams combine. Where imagination turns into reality. How’d you enter my realm…in human form?’

‘Dunno exactly,’ replied Sammy, voice soft. ‘Sort of playing by the river near my home, when a strange whirlpool brought me here.’

The troll grumbled and fiddled with his short trousers.

‘Please sir,’ continued Sammy. ‘I play with imagination in my garden. I create friends out of it. Make funny games from it. And hear voices speak to me when I chase the wasps round by my father’s apple tree.’

The troll placed his unsightly hands in a triangle to his quivering mouth. ‘Interesting! Clever! A person with knowledge for the far-fetched fascinates me. To be precise, it’s implausible.’

Sammy hesitated for a moment, puzzled by the word ‘implausible.’

‘E’cuse me, sir,’ he added. ‘But are you…are you dead? Are you a…ghost? Because a strange lady who I met a year ago, and who played with Tarot cards told me, only ghosts can emerge from dreamscape and daydream worlds like this one.’

The troll laughed, a bellowing laugh that rocked the wilderness and made the mountains groan. ‘No. I’m not dead,’ it remarked. ‘Perhaps dead in your world. But I’m very much alive in mine.’

The boy tapped his pocket and took out a chewy sweet that he swallowed whole.

‘Times catching up on us,’ lamented the troll. It parted its hair and rubbed its hands together. ‘Oh well! Seeing you’re here. Take my hand. Let me give you a brief glimpse of my world of folklore and mythology.’

The boy’s face lit up. ‘That would be cool,’ he replied. ‘Seeing a place of weird and wonderful beings would fill my hungry mind forever.’ 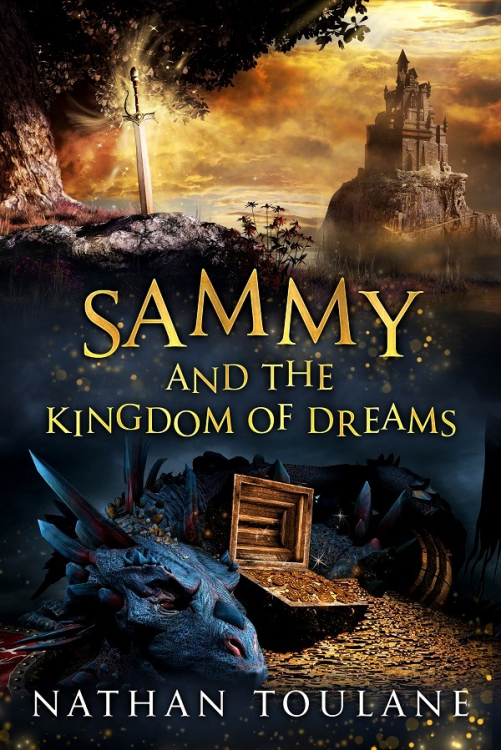 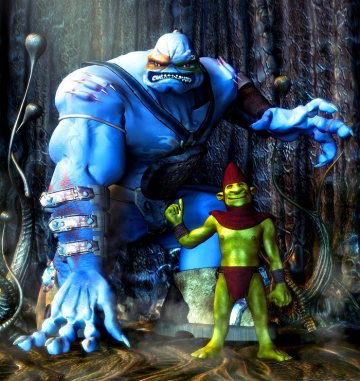 Smacker the troll in front of a Ratchetlock