The crack of thunder and flashes of forked lightening enlightened the horizon and the skies to biblical fearsome proportions—and the clouds burst apart amongst this electrical thunderstorm as if a hundred screaming ghosts were within them. Controlling. Tormenting. Tearing them to pieces.

The gruff shouts and cries of people—mingling with members of the clergy combined into a lethargic cheer—all were wandering on the neatly tidied streets of London: Year 1953.

The verbalising sounds of the public seemed familiar to Charles. Consequently he manhandled a way through the throng of people near Westminster Abbey—with nervousness creating giant butterflies rising and falling, intent on finding a way out of his constricted stomach.

His reasoning was disturbed as he squinted his misty eyes and glanced at the emerging bell tower, the golden steeple on top of it streamed down eerie man-like shadows. He shivered, struggled to focus. The sunlight was dimming and the moon was beginning to appear, waxing white, while the stars glistened and winked around its unholy radiance.

The squawks of darkened crows indicated menace nearby. Stalking. Creeping. Watching. Charles took the hint and barged through a group of sightseers, entering into Westminster Abbey like a frightened pilgrim.

Tombs of every kind greeted his sight. Elizabeth I to the left side, and various king’s to the right. Writers of Rudyard Kipling's ilk were up in the walls, their names and date of demise engraved and fashioned with remarkable skill.

The echoes around the abbey carried half-hearted prayers, and a musty smell of dust entered into Charles’ nasal passage. His large nose twitched and his pitted jowl trembled. He placed his right hand near his waist, hovering over his pistol—concealed inside his bulging trouser pocket.

Behind Charles in a queue of different nationalities were two men dressed in grey suits and russet leather jackets. One had rounded spectacles and a hooknose, extending from his face with a kind of vulgarity. The other had a conceited grin, which crossed his face as if a scar had been inflicted on him by an assassin’s knife. They talked to each other in broken Russian. A nod and a wink indicated they’d seen Charles. Their steps on the abbey’s stone floor united into a march. The image of black boots marching in a parade brought feelings of euphoria.

One of the men had a pullback vision to the image of Joseph Stalin awarding him the ‘highest honour’ in the Soviet Union. It filled him with satisfaction. But this satisfaction was a corrupt one. Both men were tools for Stalin’s misdeeds: that merciless dictator who had sent ‘millions to their deaths’ in the brutal, harsh Gulags. The Gulags were forced labour camps, desperate hovels, where many perished due to the eternal cold and lack of food. Prisoners were made to dig caves, lay railway tracks, and scrape out rock with their bare hands. They suffered immensely. Many had frost bitten lips. Toes and fingers lost due to the extreme cold. Earlobes that would snap off due to the freezing conditions, and limbs that would eventually lose blood and turn gangrenous.

Charles hurriedly sidestepped—he knew killer spies were on his tail. KGB to be exact, that secret organization based in Moscow. He had displeased Stalin, and Stalin had sent them to seek him out—for his own depraved retribution.

Before Charles could ponder further the chill and noise of his surroundings brought back gruesome memories from World War II.

He tripped and knocked into a couple of bickering lovers. A push and a shove and words of abuse followed. Charles ran to a chair. There he sat. Waiting for the memories hunting him to appear. And appear they did. A nightmare. But this nightmare had existed in reality: Stalingrad, 1943. The name given to the horrific battle between the Russian army and German Nazi forces. Charles once more observed the murky horizon of another world materialise before his very eyes. The dreary, lurid sight of destruction and carnage and the bombed out buildings resembled Armageddon. Looters were rampant, helping themselves to anything of value. Dogs yelped and cats lay in the streets, exhausted, thin and unwanted. A man’s watch floated in a puddle of soot-ridden water, while a brown rat with a wormlike tail held its tiny claws to its face, watching for any predators. Its predators though were human. The unspeakable horrors of starvation had turned people into something animal. Ugly. Their hunger knew no restraints anymore.

The stench in Stalingrad was thick with death—and the fumes from burning houses, rubbish and spent munitions could not hide its scent. A small dirty child, strewn with dried blood sat on a pavement crying near a dead horse, other shapes moved cumbersomely. They did not look human. They looked like zombies. Eyes dead. Faces gaunt and scratched and blistered, bones protruding out of their skin. Charles could feel their pain, sense their grief, experience their needs, and the needs were hunger. There! In all its glory, a monster that grew within a man. It felt like your own body was consuming you—your bodily organs preparing to devour each other without any recourse.

Mankind’s capacity for destruction and savagery was palpable in Stalingrad, and Charles had been there. Employed by Stalin’s secret police to keep up the people’s morale. Charles shook his head in disdain at this perverted notion.

I’ll always remember Stalingrad! he thought. A perpetual horror that will reside with me forever. Civilians left to fend and starve on the streets. Soldiers both German and Russian wandering aimlessly through the snow and ice. Defunct of a human spirit. And losing their minds in the madness of their surroundings.

Abruptly Charles began coughing. Violently. Unrelenting. He could not stop it. The reality of his present predicament the cause; he knew KGB spies were on his tail. Stalin had been betrayed and his appetite for revenge was unstoppable.

Sweat trickled from Charles’ brow and the socks in his feet moistened. He rose from his seat. Then the boom from Westminster Abbey’s bell made him sink to his knees. He threw his quivering hands up to his face; he wanted religion to protect him. He wanted God to help him—to save him from death.

The KGB men spotted Charles in the corner near the flickering candles. The stare of a policeman beside them gave them the jitters. A scuffle broke out. A gun was held in the air. Then a shot rang out. Reverberating around the area. The policeman fell to the ground: Dead.

Panic erupted. People screamed and pushed against each other aggressively. They hoped the men with the guns would leave.

Charles heard the shot ring out. He stood up with a steely gaze crossing his eyes. His finger itched for his revolver. The two KGB agents barged into a priest, forcing him out of the way. Their sight scanned around, periscope-like. They saw Charles, the English traitor. A spy who had renounced his loyalty to Stalin and had fled to the West to seek asylum: their orders were now to ‘eliminate him.’

Instantly the bloodcurdling cry from a hysterical woman caused Charles to shudder. He glanced left then right. He noticed his pursuers approaching in a predatory sequence. He turned about face and ran to another part of the abbey. There he hid behind the gated tomb of George IV. That useless layabout.

The stonework of his tomb was opulent in its design. Just how the king had lived—representing the extravagancies in his lifetime.

Before he could raise another thought screams began. First two. Then three. Before a multitude followed turning into a crescendo of the dammed.

Charles pushed his hands up to his ears, as he could not stand the human distress. It reminded him of that terrible place, Stalingrad.

The two KGB men darted towards Charles, withdrawing their guns, aiming them at his head.

Men in authority appeared in the doorway of Westminster Abbey. They observed the KGB agents about to shoot Charles.

However time had beaten them. A turn of bodies and the sound of bullets hitting bone caused Charles to collapse to the ground, blood seeping out of his mouth.

Swiftly a firefight broke out between all the men with guns. Everywhere people were laying on the floor, fearing for their lives. Then just as quick as when the disturbance had begun it was now over. Three men lay dead. One policeman, and two KGB spies.

As Charles rested on the floor his fading vision travelled to the many candles lighting up the abbey. Something in the flames was hypnotising. A tiny music box with a child figurine appeared in its glow. It seemed familiar. There! It was that same child once more. The one at Stalingrad, sitting crying near the dead horse. Charles tried to mouth a ‘final word’ but his breath failed him. Then he died. Joining the child in the candle’s flames. His life brought to a brutal climax. Violent and not too dissimilar to the abhorrent battle of Stalingrad he had witnessed in his lifetime. 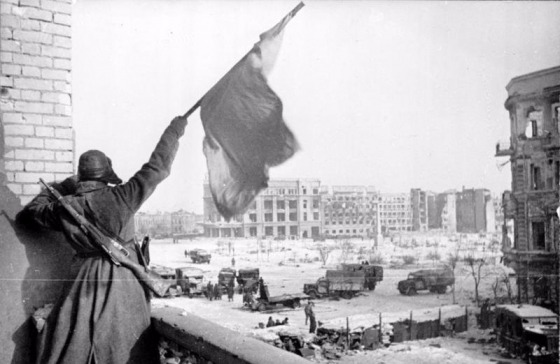